Dr. Macey grew up in Richmond, Virginia, and attended the University of Virginia for his undergraduate studies and double majored in Biochemistry and Music. He then moved to New York City where he worked in gene therapy research at Cornell University on the Upper East Side. He received a master’s degree in Microbiology & Immunology at Virginia Commonwealth University in 2009. He also attended VCU for medical school and earned his M.D. in 2014. He was elected into the Alpha Omega Alpha and Phi Kappa Phi Medical Honor Societies during his tenure in medical school.

Dr. Macey completed his general surgery internship and urology residency at the University of North Carolina in Chapel Hill, where he won the Academic Scholar Award in 2019.

In his spare time, he enjoys spending time with his family as well as photography, playing golf, watching sports, traveling, and listening to all genres of music.

Dr. Macey will be at the Virginia Urology Stony Point office location. 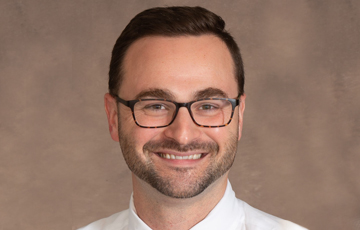