If you have symptoms of COVID 19, please call 330- 9105 to reschedule your appointment.

Vasectomies are one of the most effective forms of birth control, second only to abstinence. So it’s no surprise that around half a million men get the procedure each year. (1) Typically, men get a vasectomy when they’re sure they don’t want any more children. It’s often considered a permanent form of birth control. However, attitudes shift and people get remarried – and some men want to “undo” their vasectomy.

A vasectomy stops sperm from passing through the vas deferens and mixing with a man’s semen. When there’s no sperm in semen, conceiving isn’t possible. If a man and his partner are trying to get pregnant, that’s where vasectomy reversals come into play.

Fortunately, a vasectomy doesn’t have anything to do with sperm production. The testicles continue producing sperm even after a vasectomy is performed. So the goal of a vasectomy reversal is to reconnect the vas deferens (which are cut or blocked during a vasectomy) so that sperm can once again mix with a man’s semen.

There are two types of vasectomy reversals – Vasovasostomy and Vasoepididymostomy.

Once the patient is under anesthesia, the doctor will create an incision and examine the vasal fluid near the testes to determine if sperm is present. If it is, a straight forward reconnection or Vasovasostomy will be performed. If it is not, the doctor needs to enable sperm to flow by reconnecting directly to the epididymis which is slightly more complex but comparable in effectiveness – this is known as a Vasoepididymostomy. (2)

Success rates of vasectomy reversals can depend on how long it has been since the vasectomy was performed. Typically – if a reversal is performed within about a decade, success rates can be as high as 98%. This rate tends to decline a bit for vasectomies that were performed over 15 years ago. (3)

The recovery process varies a bit from the original vasectomy. We tell men there will be pain for the first two weeks and swelling up to 6 weeks. Men should plan to take it easy for a few days after surgery and should discuss the nature of their professions with their doctor to determine when it’s safe to return to work. In addition, it’s typically advised to abstain from sexual activity for a few weeks to allow for proper healing – your physician will advise you on your timeline.

Please note, vasectomy reversals are not typically covered by insurance but we can give you an estimated cost prior to the procedure.

If you’re thinking about having a vasectomy reversed, consider making an appointment with one of our specialists for an examination and consultation to learn more about your options and the process. 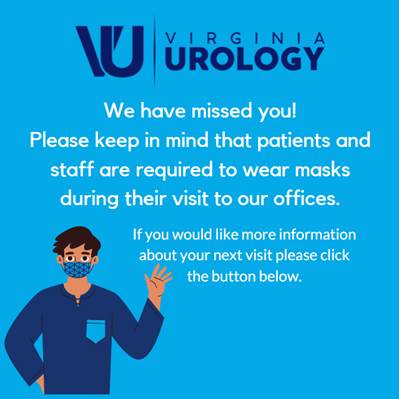